Californians’ access to specialty palliative care has improved dramatically over the past several years, but challenges remain in scaling and sustaining smaller programs, standardizing scope of care, and educating patients and providers, according to an issue brief released this week by the California Health Care Foundation.

“Palliative Care in California: Narrowing the Gap,” first published by CHCF in 2014, has been updated with 2017 data that reflects strides in the accessibility of inpatient and community-based palliative care throughout the state. The brief includes interactive maps illustrating the need for palliative care by specific region, as well as how palliative care services are offered, and how capacity compares to need.

While specific to California, the brief underscores many of the same victories and hurdles playing out across the country amid efforts to expand palliative care, which is viewed as the gold standard of care for seriously ill patients and families. Appropriate alongside or without curative treatment, palliative care is a patient-centered, whole-person approach designed to ease suffering and improve quality of life for people with life-limiting disease. 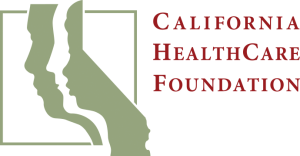 An Encouraging Call to Action

The progress in California is encouraging, but more must be done to ensure high-quality palliative care is available to all who need it, said Jennifer Moore Ballentine, Executive Director of the California State University Shiley Institute for Palliative Care.

“The CHCF report demonstrates that palliative care services are rapidly proliferating, but the need is growing too,” Ballentine said. “One of my concerns is how we can ensure there are enough well-qualified, skilled clinicians to staff these services and provide the best possible care in such a diversity of settings.”

The report cites several factors that have spurred progress, including palliative care initiatives launched by integrated healthcare delivery organizations like Kaiser Permanente and the Department of Veterans Affairs, and decisions by health plans like Health Net and Blue Shield of California to cover some palliative care services.

With SB-1004, California became the first state in the nation to make palliative care part of the services provided under a Medicaid managed care plan.

Still, challenges remain, according to CHCF. The brief points out that not every palliative care program operating in California in 2014 survived into 2017, and suggests several factors could be to blame, including:

“Among our online course offerings is a meaty but manageable palliative care curriculum designed especially for primary care providers,” she added. “It’s self-paced and affordable, written by expert family medicine and palliative clinicians to impart a foundational set of skills that can easily be incorporated into any clinical practice.”

An in-depth analysis of palliative care accessibility isn’t available for every state, but in 2015 the Center to Advance Palliative Care (CAPC) updated its “America’s Care of Serious Illness: A State-By-State Report Card on Access to Palliative Care in our Nation’s Hospitals.” In that report, hospitals with 50 beds or more were graded only on whether they had a palliative care team. CAPC issued previous State-By-State Report Cards in 2008 and 2011.

In the 2015 report, 17 states—Nevada, Oregon, Washington, Montana, South Dakota, Nebraska, Wisconsin, Ohio, Vermont, New Hampshire, Massachusetts, Connecticut, New Jersey, Maryland and Rhode Island– earned A grades, up from 3 in 2008 and 7 in 2011; California earned a B, and the national average for the United States was also a B.

Several states have also adopted palliative care legislation over the past several years, including Massachusetts, New York and Oregon, which now require providers to educate patients with serious illness about the benefits of palliative care and how to access it.

“Our partnership with DHCS in support of California’s SB1004 is a great model of how increasing services can be accompanied by focused professional training,” Ballentine noted. “We are ready to partner with any state that seeks to expand palliative care to ensure clinicians are prepared with the skills they will need.”