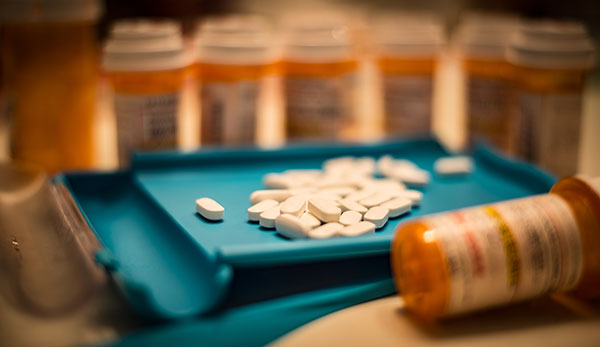 Sweeping legislation aimed at curbing the nation’s opioid crisis, signed into law Wednesday by President Donald Trump, is likely to draw a muted response from hospice and palliative care providers wary of any restrictions that could impact their ability to manage the pain of seriously or terminally ill patients.

The legislation attempts to address the epidemic of opioid overdose deaths and includes a crackdown on mailed shipments of opioids such as fentanyl. It also features incentives promoting non-opioid treatments, and funding for an array of opioid prevention, response and treatment efforts.

Some observers have said the legislation doesn’t go far enough in addressing the magnitude of the opioid crisis and falls especially short in funding for addiction treatment and recovery. Overdose deaths have increased dramatically over the past 12 years, claiming 72,000 lives last year, leading to declaration of a National State of Public Health Emergency by the federal government on October 26, 2017.

But hospice and palliative care practitioners fear that greater restrictions on opioids could have unintended consequences, essentially making it harder to manage the pain that patients with serious or life-limiting illness often encounter.

John Mulder, MD, director of the Trillium Institute in Grand Rapids Michigan and Chief Medical Consultant for Hospice and Palliative Care at Faith Hospice, testified about those concerns, and about provisions for safe post-discharge disposal of hospice medications, during a Congressional hearing on the House version of the opioid bill earlier this year.

“Some states are placing limitations on the circumstances under which controlled substances can be prescribed without giving consideration to the special needs of terminally ill patients,” Dr. Mulder told the House Committee on Energy and Commerce in February.

In a recent interview, Dr. Mulder said legislation in response to the opioid crisis has focused on the minority of patients who misuse prescriptions, without regard for the majority of patients for whom opioids are prescribed and used appropriately. “State and federal regulators are failing to recognize that these legislative proposals will hog-tie hospices,” Dr. Mulder said.

He said media coverage of the opioid crisis, such as a recent “60 Minutes” broadcast, makes it more difficult for hospice and palliative care practitioners to provide pain relief for their seriously or terminally ill patients.

“The hospice population is not where most abuse comes from,” Dr. Mulder said. “The opioids we provide in hospice or palliative practice are not killing our patients. While physicians may play a role in issues involving the use of prescription opioids, hospice and palliative physicians are not responsible for the evolution of addiction or the current crisis.”

Physicians need to better understand opioids—when to prescribe them, when not to prescribe them, when to stop them, and how to taper the dose without ill effects for the patient, Dr. Mulder said. He said that’s a standard skill for hospice or palliative practitioners and should be an essential component of any physician’s practice.

Physicians also need a better understanding of addiction, he said. “Doctors need to use appropriate guidelines for treating pain—whether chronic or acute, disease-related or not,” Dr. Mulder said. “They often don’t do a very good job of assessing the source of pain and its underlying causes.”

Nurses going into patients’ homes also must rely on their intuition when it comes to medication diversion, Dr. Mulder said. There are options that can be employed, such as using lock boxes for drugs, dispensing smaller (for example, three-day) supplies of a medication, or even moving the patient to an alternate setting where drug diversion won’t be at risk.

At least 28 states have implemented policies to limit opioid prescribing, such as a maximum duration or dose of a prescription. Federal and state policies typically exempt from these restrictions patients who have cancer or are receiving hospice or palliative care. But the exemptions don’t always protect them from restrictive practices by payers or pharmacies, some of which go beyond the legislative requirements in refusing to fill or cover analgesic prescriptions.S

In Michigan, where Dr. Mulder practices, other doctors say the new regulations have added unnecessary administrative headaches to their work and led to a climate of fear, leaving many patients unable to get medications when they really needed them. (See “Opioid laws hit physicians, patients in unexpected ways,” by Jay Greene in Crain’s Detroit Business, July 29, 2018.)

The new Michigan Automated Prescription Monitoring Program (MAPS) requires physicians to do a search of the state’s prescription drug monitoring database when prescribing a controlled substance to a patient and every time the drug or dose is changed.

“For patients who come into hospice, the likelihood that they will go doctor-shopping for more prescriptions is remote. But one hospice I spoke to said it might need to consult the MAPS website 400 times a week,” Dr. Mulder said.

“Another new law proposes that before I can prescribe an opioid, I need to have a ‘bonafide’ relationship with the patient—which means a face-to-face visit. The same if we change a drug or dose, even if the need arises at 2 in the morning, which often happens in hospice,” Dr. Mulder said. “We were successful in getting this legislation postponed until next March—by which time we hope they can write in an exclusion for hospices.”

Palliative Care Not Immune to Impact

These issues may be less urgent for palliative care programs, such as the outpatient clinic offered by Faith Hospice, Dr. Mulder said. Patients typically come into the clinic whenever a change of prescription is needed, so the face-to-face encounter is inherent in their process. But they are also impacted by the larger climate of opioid phobia and the fears many patients have about drugs that could help them.

“I have seen decreases in the number of prescriptions being written for opioids, and an increase in the amount of pain experienced by seriously ill patients,” he added. “Some staff members of hospices can get drawn into that same vortex and become reluctant to provide the medications their patients need.”

Dr. Mulder said providers must not lose sight of the goal of hospice and palliative care, which is to manage pain and other distressing symptoms and ease suffering for patients with life-limiting disease.

“Caution with these drugs is appropriate, but I am afraid we’ll see back-peddling on the progress we made over the past two decades in skillfully and effectively using opioids to treat pain in end-of-life care,” he said.

About the Author
Larry Beresford is a freelance writer covering hospice and palliative care issues.