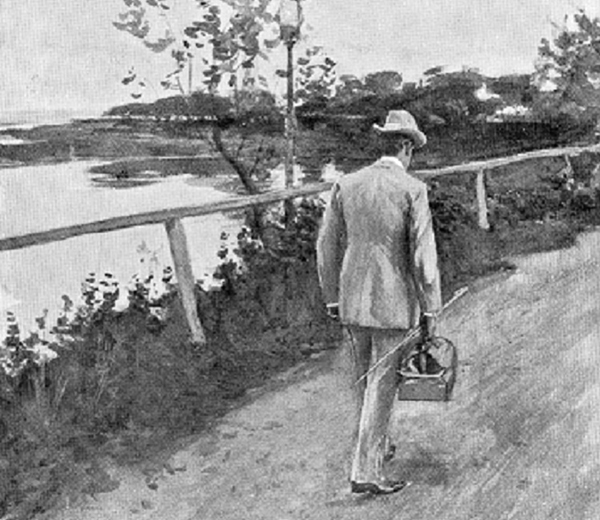 As a family practice physician working in Temecula in the 1980s, Dr. Laurence (Larry) Boggeln began making house calls to patients who were too sick to come to his office. Those visits, and the connection he felt with people suffering from serious illness, put Boggeln on a life-changing path to a career in hospice and palliative medicine.

More than 30 years later, he is the medical director of the Temecula branch of Elizabeth Hospice and an Assistant Clinical Professor of Family Medicine at Temecula Valley Hospital, where he is working to incorporate primary palliative care into the curriculum for the hospital’s Family Medicine and Internal Medicine residents.

The project reflects Boggeln’s own journey as a physician and his commitment to helping the next generation of family physicians better care for patients with serious or life-limiting illness.

The Intersection of Primary Care and Palliative Care

Boggeln started making house calls in 1987 when few options existed for patients too ill to come to their doctor’s office.

“I saw a real need for sick people who were homebound and then got seriously ill,” he recalled. “At that time, their families had no other choice but to call an ambulance that rushed their sick family member to the hospital’s ER. Later, when the symptoms improved, the patient was sent back home again.”

Soon afterwards, he heard about Visiting Nurses Association (VNA) Hospice of the Inland Counties (which is no longer in business), and wanted to know more. The program’s emphasis on community-based, whole person care appealed to him.

“I liked what I saw,” said Boggeln, who eventually began working for the hospice part-time. “While I didn’t like all the paperwork, I really liked the interdisciplinary team approach to patient care.”

The hospice grew dramatically in those early years and so did Boggeln’s passion for palliative medicine. Yet he continued to balance it all with his primary care practice.

Things changed in 2003 when Boggeln, a Navy reservist, was deployed to Iraq. During his six-month tour, a physician colleague took over his medical practice in Temecula.

When Dr. Boggeln returned from combat duty, he discovered that the number of hospice patients needing care had increased significantly, so he decided it was time to transition to hospice work full-time. “I told my colleague he could keep my family practice,” he recalled.

Boggeln eventually joined Hospice of the Valleys, where he worked until 2012. He later affiliated with Elizabeth Hospice, where he now works as hospice medical director of the Temecula branch.

He also provides inpatient palliative care consultations in three Riverside County hospitals including Temecula Valley Hospital, where he is developing the primary palliative care curriculum and helping put together a fellowship program in palliative care that the hospital hopes to launch in 2022.

Boggeln is not only determined to help educate future physicians about palliative care, he wants patients, families, and the greater community at large to know what it is and how it works.

“Most people do not understand the difference between palliative care and hospice,” said Boggeln. “Palliative care is for anyone with a serious, potentially life-limiting illness, and can be offered as soon as they are diagnosed. Hospice, on the other hand, is only for people at the end-of-life, with a prognosis of 6 months or less.”

With either type of diagnosis, it’s important to honor the patient’s wishes, regardless of what the family members may want for the loved one, emphasized Dr. Boggeln.

“Families have to make complex decisions. Should their loved one get an organ transplant if necessary; should the patient undergo complicated surgery or extensive medical treatments? That may be what the family wants, but not necessarily want the patient wants,” Boggeln said. “Very often, we find the patient wants to stay at home and get comfort care rather than receive aggressive medical or surgical treatment, which may only prolong suffering.”

Facilitating better communication and addressing the physical, emotional, and spiritual suffering that can come with serious illness is a fundamental part of palliative care, and many healthcare professionals could benefit from additional education and training around those topics, Boggeln said.

He said the CSU Shiley Institute for Palliative Care is doing important work in that area.

“They are leaders in education and training for professionals involved in palliative care and hospice, including nurses, chaplains, social workers and others,” Boggeln said. “This important program enhances their skill level as practitioners.”